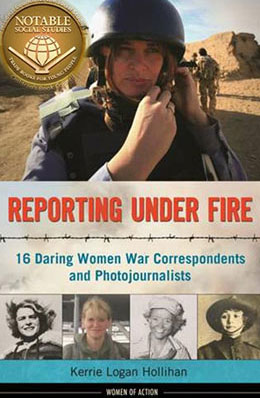 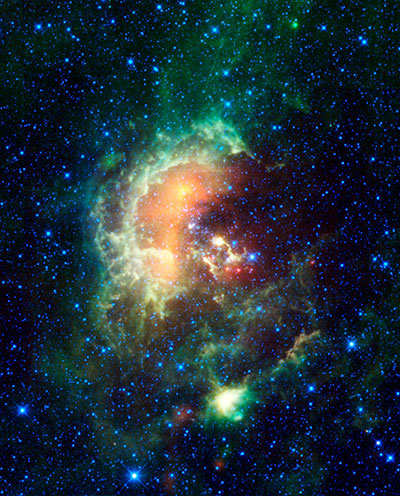 16 women, living and dead, who end-ran roadblocks on their quest to bear witness to wars on the battlefield and the civilians who suffer.

Martha Gellhorn jumped at the chance to fly from Hong Kong to Lashio to report firsthand for Collier’s Weekly on the conflict between China and Japan. When she boarded the “small tatty plane” she was handed “a rough brown blanket and a brown paper bag for throwing up.” The flight took 16 hours, stopping to refuel twice, and was forced to dip and bob through Japanese occupied airspace.

Reporting Under Fire tells readers about women who, like Gellhorn, risked their lives to bring back scoops from the front lines. Margaret Bourke-White rode with Patton’s Third Army and brought back the first horrific photos of the Buchenwald concentration camp. Marguerite Higgins typed stories while riding in the front seat of an American jeep that was fleeing the North Korean Army. And during the Guatemalan civil war, Georgie Anne Geyer had to evade an assassin sent by the rightwing Mano Blanco, seeking revenge for her reports of their activities.

These 16 remarkable profiles illuminate not only the inherent danger in these reporters’ jobs, but also their struggle to have these jobs at all. Without exception, these war correspondents share a singular ambition: to answer an inner call driving them to witness war firsthand, and to share what they learn via words or images.

“A well-researched and riveting book…Not only do readers gain a healthy respect for each reporter, but they also gain insight into global history. As such, the book reads like a narrative time line of world history, women’s rights, and the field of journalism as a whole.” (School Library Journal)

“Kerrie Logan Hollihan chronicles the lives of women reporters from World War I to the present day in a storytelling mode that illuminates how these women laid the groundwork for feminist movements in the decades succeeding them.” (Bitch magazine)

“Hollihan’s narrative is exciting and sheds light on not only the dangers these women faced, but their struggles to be accepted in a field historically dominated by men.” (The Nonfiction Detectives)

“With an informative and engaging style, Kerrie Logan Hollihan makes this nonfiction biography read like an exciting adventure.” (TeenReads.com)

“Add this highly readable book to your collection even if students read only one story.” (Library Media Connection)